Although I am not aiming this blog to be a travel blog, yet there are already quite a few travel posts so heck with it. Let logic prevail.
Bonjour !
So lets start with …hmmm…either I stick to Asia or move across seas to azur water of Mediterranean. Chronologically Asia should come first but heck !!

To be covered later …

Nay I did not cover Cannes (!!), for obvious commercial reasons.

– Show me French countryside, I had enough of urban landscapes in Asia.

But then manged to send a cinephile friend a postcard, talk of vicarious deeds… 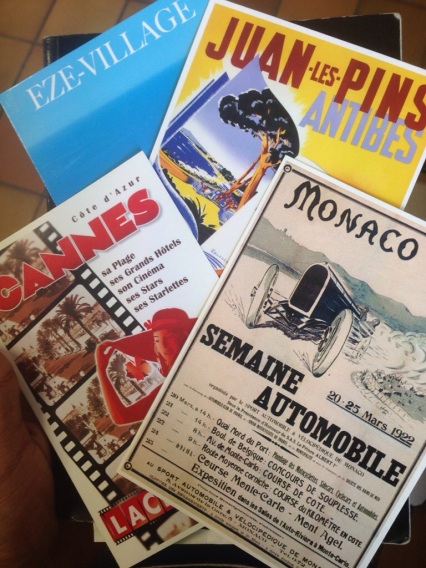 Actually I did not expect, Antibes (pronounced Awn-teeb) to be that much of touristy affair, but surprisingly it was. Old Antibes, yeah there is always an old city in French riviera. And still I am still rationalizing that why I skipped Musee Picasso. #Laments
Frankly speaking,( umm writing) I was lying around on my fat ass, chatting around, sipping wine, relishing rava idle (!!)  for the hospitality was great, I ain’t complaining.

Pronounced (Joo-Ahn … Not Juan). Even this will fall under great hospitality, but me and AOE fan managed around the old city in a car. But the beach was awesome, and stony, and windy, and panoramic and with possibility of scuba diving,  the last part ‘died a wet death’, time was not very keen on waiting for me. 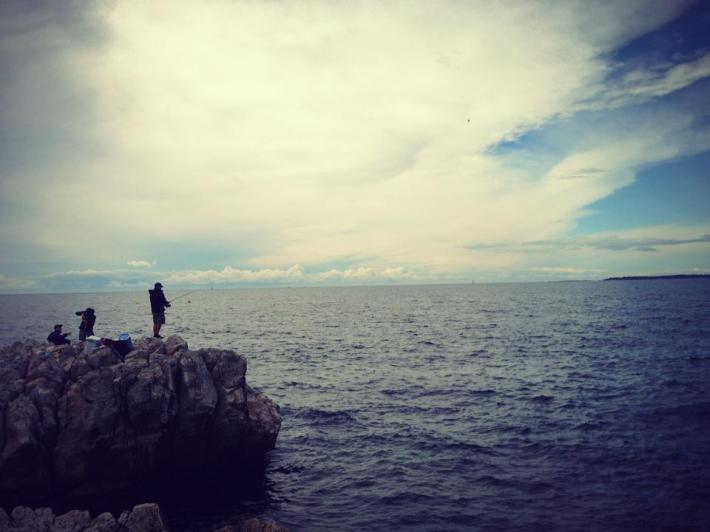 Ohh it had a library named after Albert Camus.

Well to sum it up, Nice was nice 😉
I was beginning to see the pattern for cote d’azur. There is impossible blue Mediterranean, a high vantage point, chateau de Nice in this case, and then the major tourist attraction, the old city !!
the coastline was pretty pretty (okay…no more stupid wordplays), and yeah how could I miss that french cuisine. And today even after 3 weeks of gorging, binging and gluttony, if I managed to loose weight, its worth mentioning isnt it ?
there was this Socca, italian dish which was huile d’olive version of desi besan ka chila, which by the way was sunday special dish during school days. And then these folks made me eat Lebanese, not that I am lamenting for there was awesome poulet___, viva la chicken !! 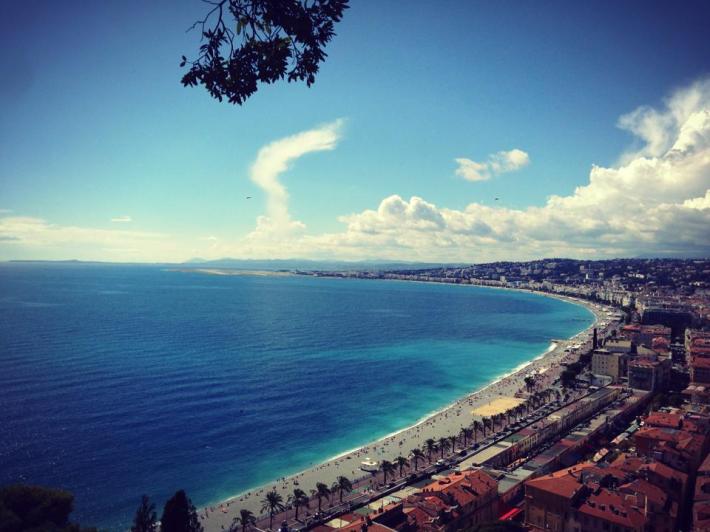