Marseille
Initially when I arrived at Marseilles airport first thought was to dude lets explore this thing, after all this was only place I had heard about before barring Nice and Monte Carlo. Also the word was around that they have anointed Marseille as 2013 European capital of culture. Yet as it happened I moved to La Ciotat and it was just an tangential touchdown. Little did I know, yeah I know I tend to overuse this phrase, that I would get ample opportunity to explore this city.
It started with quest across the old city, La Paine ___ , only sad thing the instructions were in French. I somehow managed to use english and latin etymology. In France you would never fail to notice graffitti and coming from Singapore where you get caned for graffiti this was a true wah-lau moment for me !!
Too bad that I cant leave this post to be finished as photo essay, bloody technology upgrade to iOS 7, made me loose my pics. #Laments And all I have now is social media album and whatsapp. Nonetheless, #RegainsEnthusiasm , I decide to be unperturbed by these hiccups. 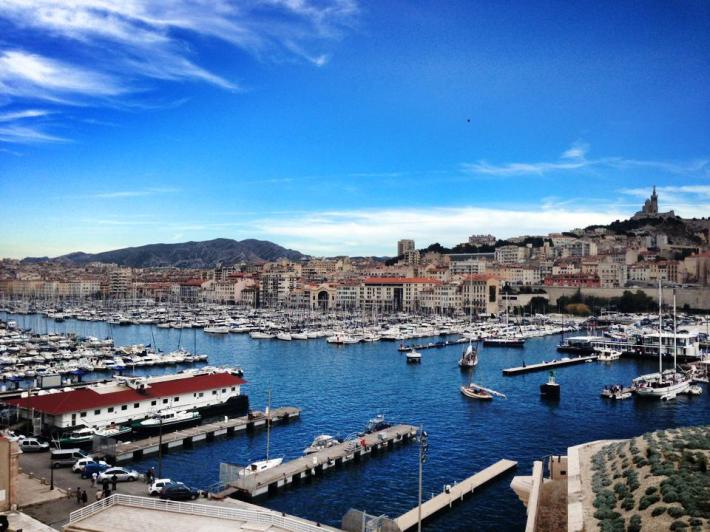 It was also awesome feeling to see catch Ulysses and his some twin brothers, <I wanna go to Dublin… on Joyce’s day >. The quest took longer than expected and left me drained with that sweet pain in legs, and yet I proceeded to newly opened Musée des civilisations de l’Europe et de la Méditerranée (MuCEM)  http://www.mucem.org/#.
Well it wasnt exactly a museum but more of architecture museum, made to likes of an old Mediterranean town. And voilà ! it felt like that. It offered majestic view of the vieux port and palace for Napoleon’s mistress across the small strait that ended in Mediterranean. And of-course the highest zenith in Marseille, Church the Notre-Dame de la Garde 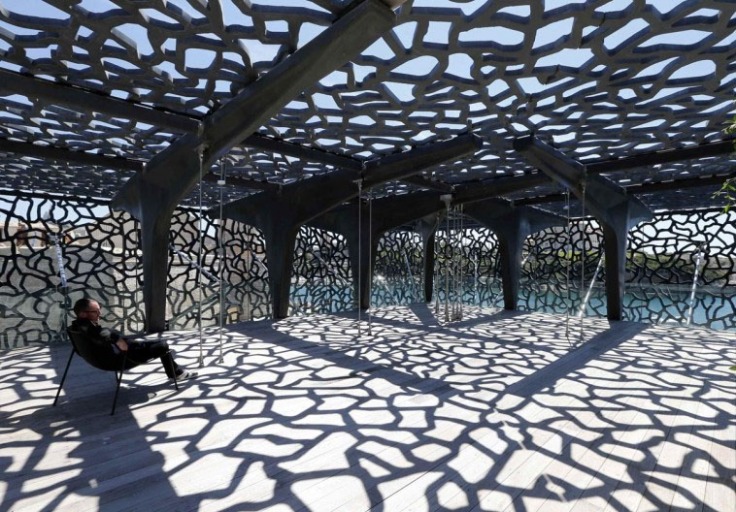 They say that its city of fountains, well there were fountains at every square but…
The whole city had an aura of peace, and a long history dating back to 425 BC, no wonder its the capital of Provence. We happened to chance upon the saturday market, and it was great seeing folks coming in their station wagons and putting up temporary stalls. We reached bit late and most of the stalls were packing up. We proceeded to lively part of the Aix-en-provence, yes you guessed it right – old city !
I would have described the french crepe we had, but I think I can capitalize on it for another blog post. You see most of the time I am lacking ideas to jot down and travel gives you a lot to write about. So why not ? 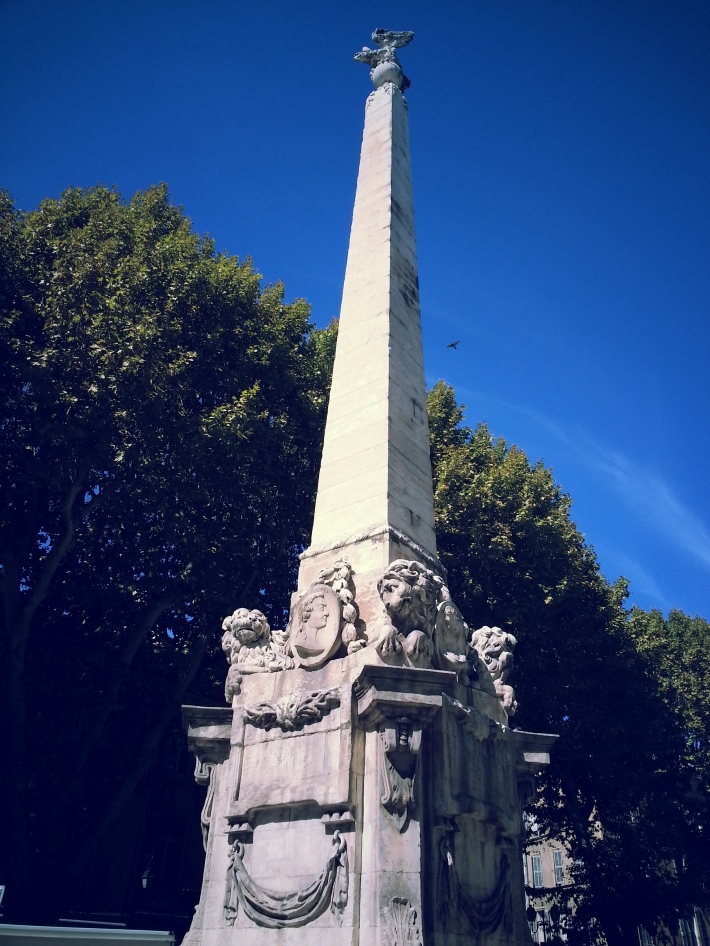 Baux en Provence
Hmmm….baux-en-Provence, pronounced ___ . The old gang turned up after initial “dude we were going to Cassis, we even got the boat reserved. ” But alas it was Aix-en-Provence and baux-en-provence. And I know no one is lamenting about Cassis now.
There was this castle on top of a hill, and it was a beginning to feel like a deja-vu after eze. But lo and behold, what do we see !! Trebuchet ! No fucking way, it’s a real trebuchet !! The feelign that age of empires fan would get seeing a real life Trebucher is undescriable. It was single nasty piece of weapon that sent shudder across opponent’s army.
-He has got swarm of Trebuchets, we are royally screwed.
And as if Trebucher wasnt enough we saw other weaponeries, (aaarghh my lost pics #Laments). The view from the top was uber and all we could see was farms which would produce, huile-de-olive ____
All hail the mightiest strategy multiplayer game of all times, Age of empires !! 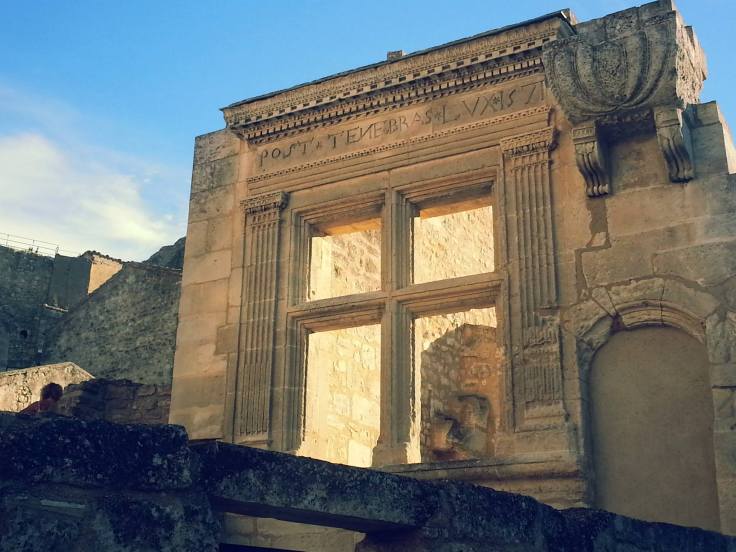 Some more villages…
On our way back to Marseille aeroport, we had lot of time to kill, so why not explore adjoining areas. We were able to catch Calas-Cabries and Les Pennes Mirabeau, but nothing great about them to jot down. Calas had a small, like really small castle on top with a courtyard and in Les Pennes we did not even bother to get down.

And then return flight from airport, and Starbucks did not offer free wi-fi, infact no wi-fi at all. Huh ! Managed on 20 mins of free airport wireless and half hearted attempt to change MAC ID for a renewed session, and 20 minutes are kinda enough for chatting on viber/whatsapp/gTalk.  How ubiquitous communication has become in this age (: