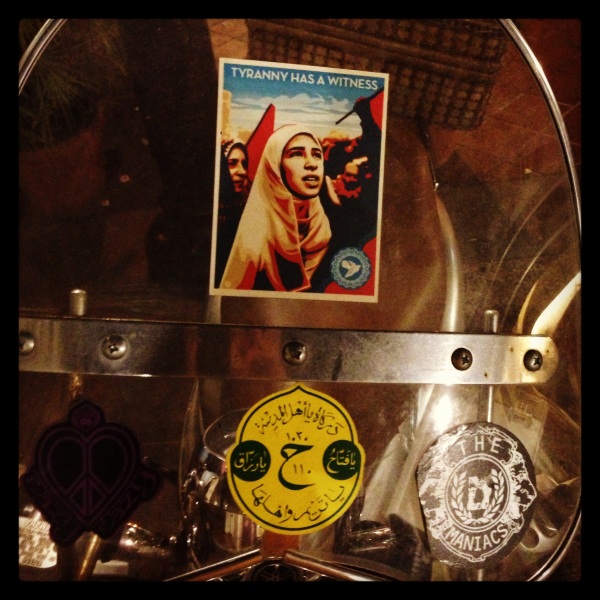 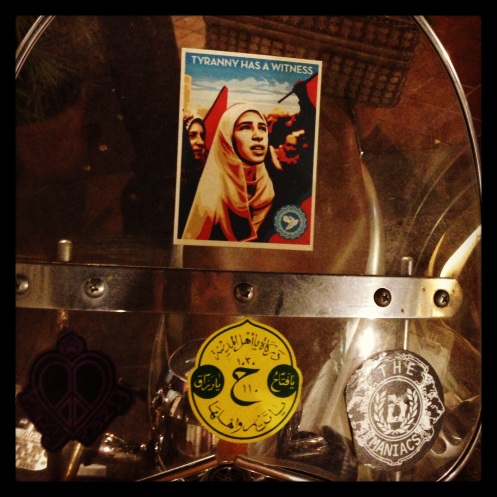 While I was passing through Arab street, I caught upon this sticker on a mobike. It was captivating enough, for my iPhone to come out and ‘click’. Little did I know it would turn out to be Mr. Shephard Fairey creation.

So here is desc., http://www.obeygiant.com/prints/tyranny-has-a-witness

I believe in using my art to advocate for human rights, so working with Human Rights Watch to further their goals is an honor and ideal collaboration for me. I’m very excited about this image because I feel it promotes the idea that a few courageous people can stand up for what they think is right, and soon others will join them. There is power in every small action and cumulative power in numbers. “TYRANNY HAS A WITNESS” showcases the hope and determination needed to fight injustice and oppression.  – Shepard

“TYRANNY HAS A WITNESS” captures the spirit of the ‘Arab Spring’ and pays homage to people across the Middle East and North Africa who are engaged in a historic movement to end repressive rule by declaring their right to political freedom and accountable government.  Human Rights Watch’s long-standing presence in these regions has enabled the organization to report from inside the uprisings, capturing the tension and elation of citizens committed to challenging these oppressive regimes.  This artwork symbolizes the determination and vigilance necessary to bring about deep-rooted change.  A portion of proceeds will be donated to the Human Rights Watch organization.

WHO IS SHEPARD FAIREY? 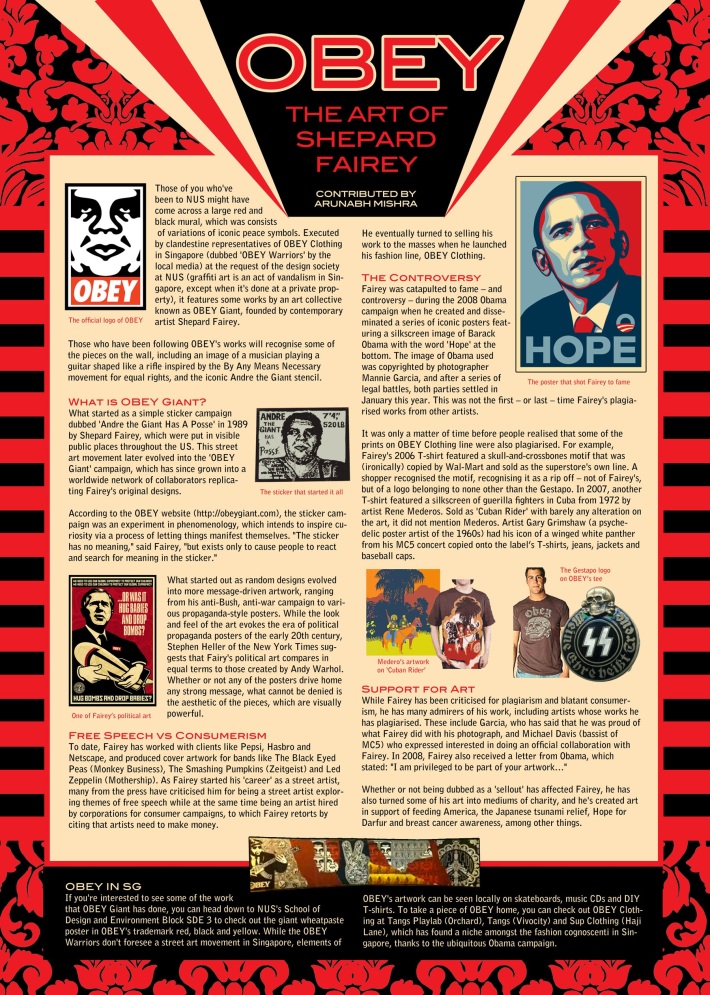