On short stories and their magnetic properties

Two days back, after replenishing all sorts of entertainment, viz. Netflix (finished Heist, Never have I ever), XBOX (AC4 Black flag), getting bored of all the Zuckerberg’s digital toys, I ended up with a book, Fifty short stories. 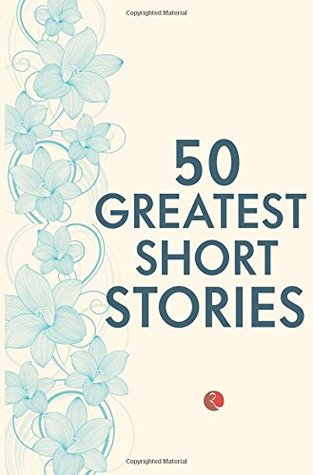 Now having been studying ICSE boards in India, I was exposed to a myriad of good literature since class 7th. We had the English literature book called Figments of imagination, and which had all the best short stories. The last leaf, Maupassant’s the Diamond Necklace, Chekhov’s The bet, Wilde’s the model millionaire. As one friend recently tweeted me about the rocking horse winner, these short stories take us back into descriptive prose, where one drowns in the surroundings, painting that vivid imagery as if under hypnotism of words.
I remember feverishly finishing all of the short stories from Arthur Conan Doyle, and O’Henry. I purchased Guy De Maupassant’s :” The Dark Side: Tales of Terror and the Supernatural. It was a collection of 31 supernatural short stories and quite intriguing to a teenage mind.

I finished one called “The Blind Man” yesterday, and another called the Fly. Both were pretty intense and now I am looking forward to other ones. Probably as a tribute to these authors, I will paste their pictures here or not.

But do tell me about your favourite short stories ?