When we booked tickets to Istanbul, I knew something magical was brewing for times to come up. The magic that promised of oriental charms and sights, of a cultural trip different from anything I have experienced yet, of delicacies, of sumptuous buffets and mezze, of dope coffee and cay. And of course of baklava. 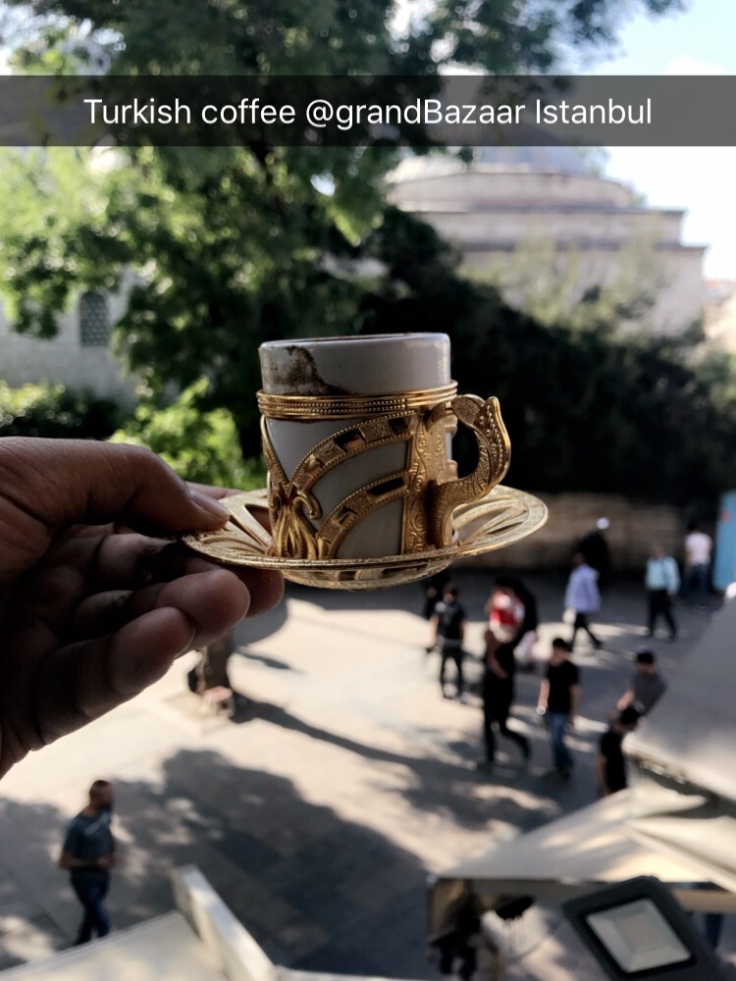 I was in class 9th when one of my cousins visiting from the USA, bought baklava while at transit in Istanbul. My sweet tooth knew this will be one of the choicest sweets from outside India, I would be relishing in years to come.

For our first two days, we booked a hotel in the heart of Istanbul, in Fatih, Literally 5 minutes walk from Sultanahmet – the blue mosque. Slowly we fought 12 hrs flight and time zone difference, and undefeated loitered around the area. We found rasta bazaar, which was a miniature version of Grand Bazaar, we saw tourists thronging benches between Hagia Sophia and the blue mosque. There was a seller selling roasted chestnuts and corn, we opted for former and were not disappointed. 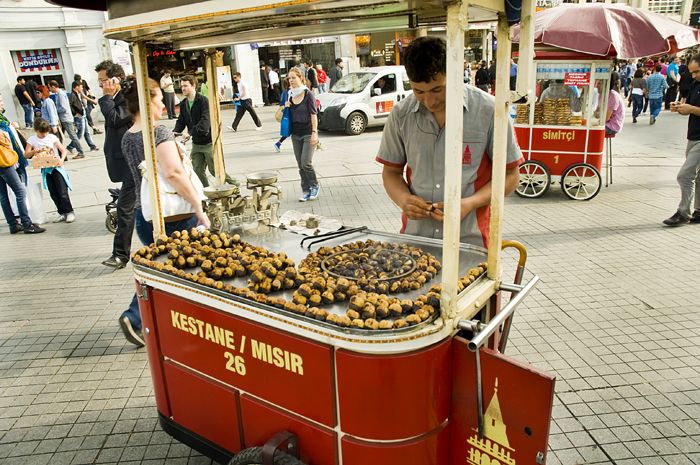 Albeit to our surprise, coming from the tropical island, we underestimated the weather and had to venture out to buy jacket/sweatshirts. We got 2-way ticket to Aksaray and were promptly guided to a nearby mall by locals. It was pleasant to be outside the tourist district, and have a feel of local life in Istanbul. We ended up buying some fresh fruits (cherries and almonds). After an hour or two, we hired a cab back to our hotel, too tired to walk back to the tram station (T1 line, as its popularly called there). 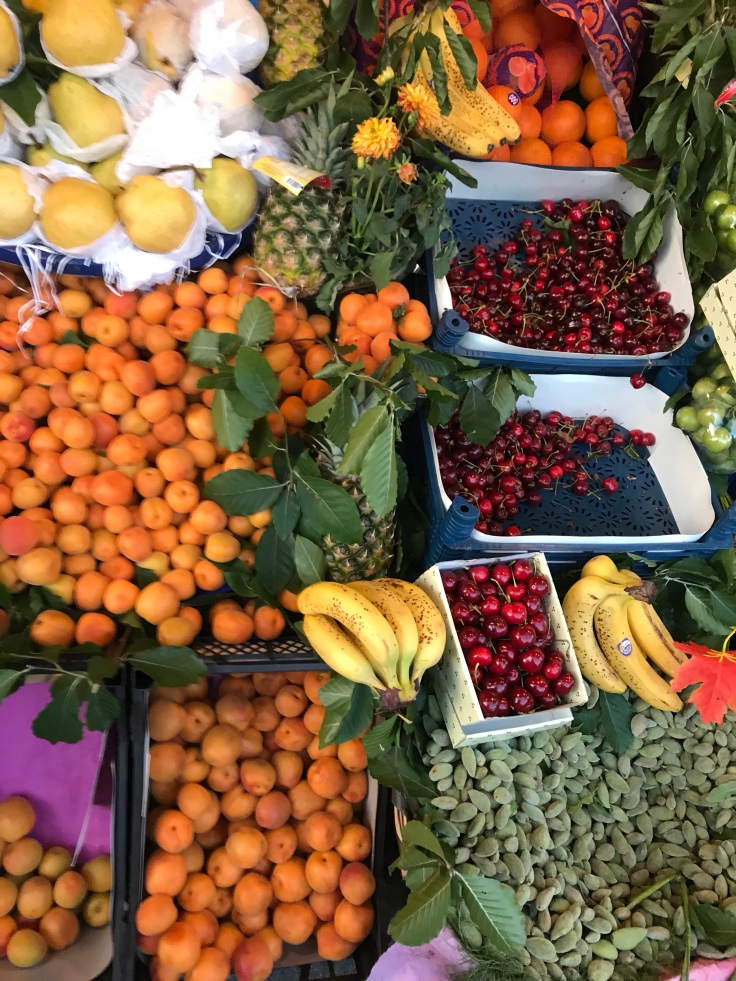 Next day we had time till lunch to explore Istanbul, before catching a flight to Capadoccia. I entrusted my confidence with “the Museum of Turkish and Islamic art “. We two were the first ones to get into the museum at 9 am and had the whole lobby and all the antiquities exclusive to us. We admired begone era of Turkey, its journey, meandering through its corridors of past. I was pleasantly surprised to see Prophet Mohammed relics in the museum. We ended with a vista greeting us with the view of Sultanahmet. Of course, photography ensued. 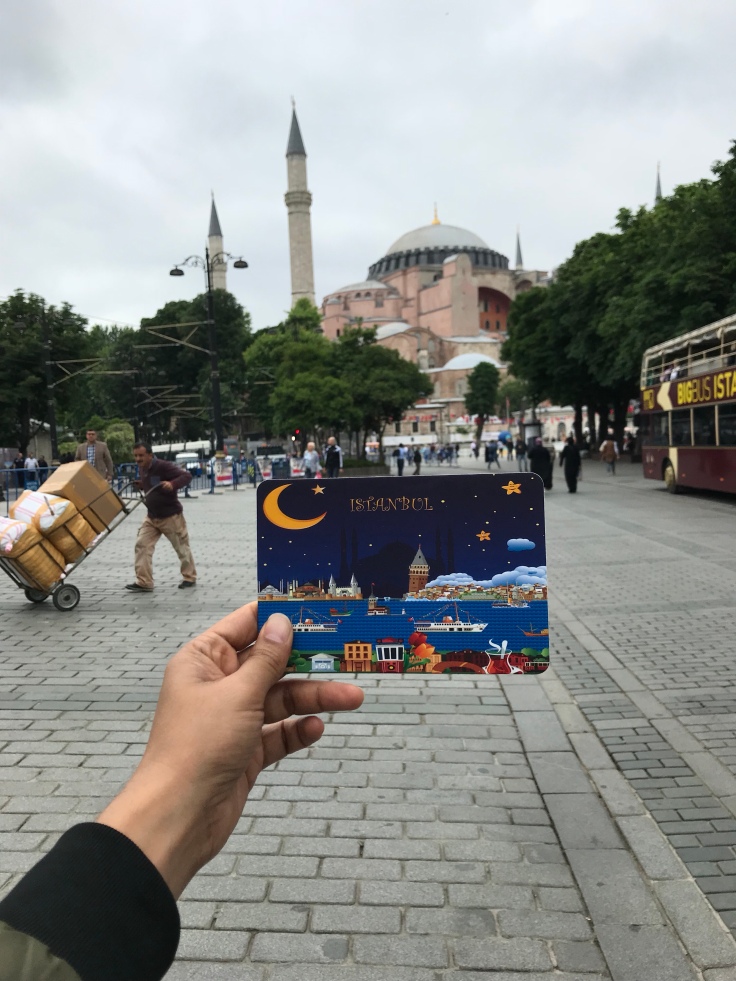 Thus we ended our first leg of Istanbul visit.

After flying out from istanbul on Turkish airlines, and catching this amazing pic of Bosphorous Striats dividing Asia and European part. 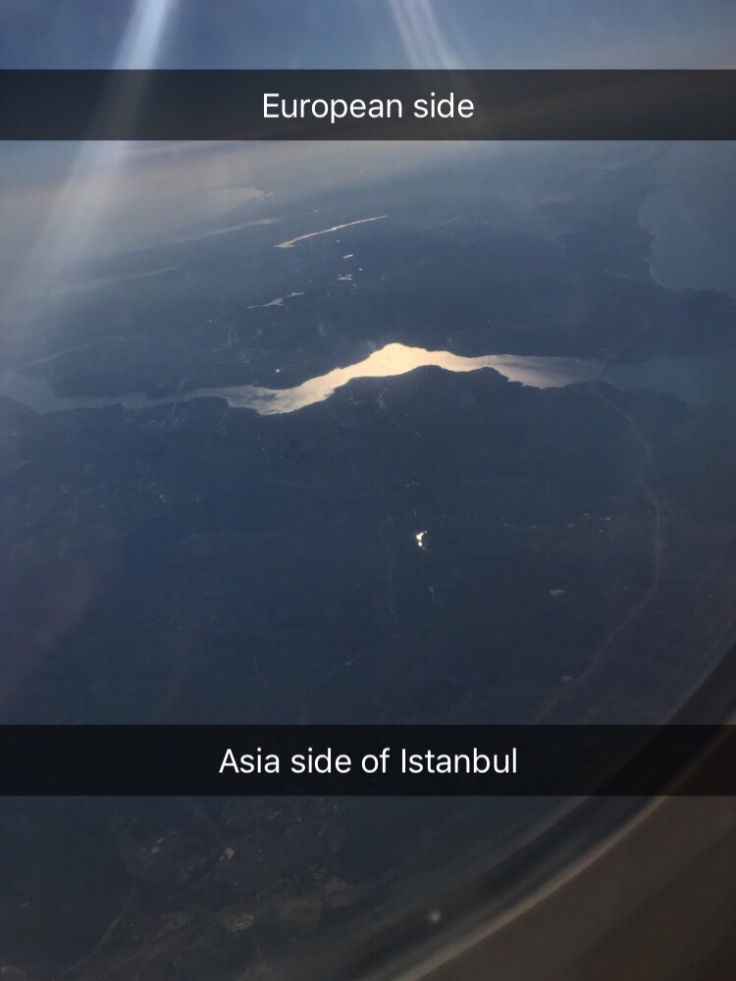 For next 6 days we would be visting rest of Turkey. On our 6th day, we caught a flight from Izmir to Istanbul. This time we were staying in the modern corner of Istanbul, 5 mins walk from Taksim Square in chic Ramada hotel. Most of the group was tired from the journey and slept off after lunch. But sleep eluded me, and I ventured out to find famed Galata Tower. I queried at the reception desk, and the receptionist said something called “Istiklal Street”. I could not found Istiklal Street somehow on google maps and ended up doing a 2 km walk across the Bosphorus to Galatasaray. When I took the climb up from the main street, the presence of touristy shops on both side signaled the approach of Galata Tower. And few steps down the cobbled pathway, there it stood – the Galata Tower adorned with a long serpentine queue of tourists vouching for a 360-degree view of Istanbul. I took some obligatory pics from the camera, and walked away from it, happy to have discovered it on my own, and now sleepy from waking up early to catch that Izmir-Istanbul flight. I took a cab back to the hotel, and saving myself extended meter costs thanks to google maps when the aged driver almost took a wrong turn to get some more Lira. 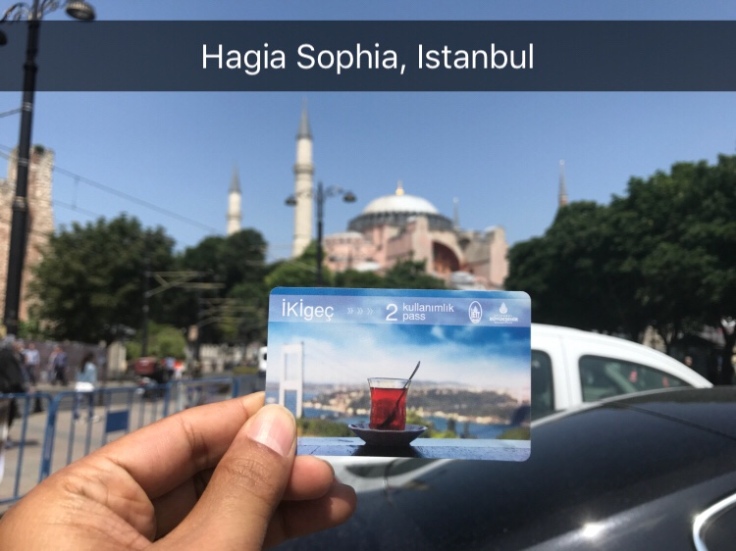 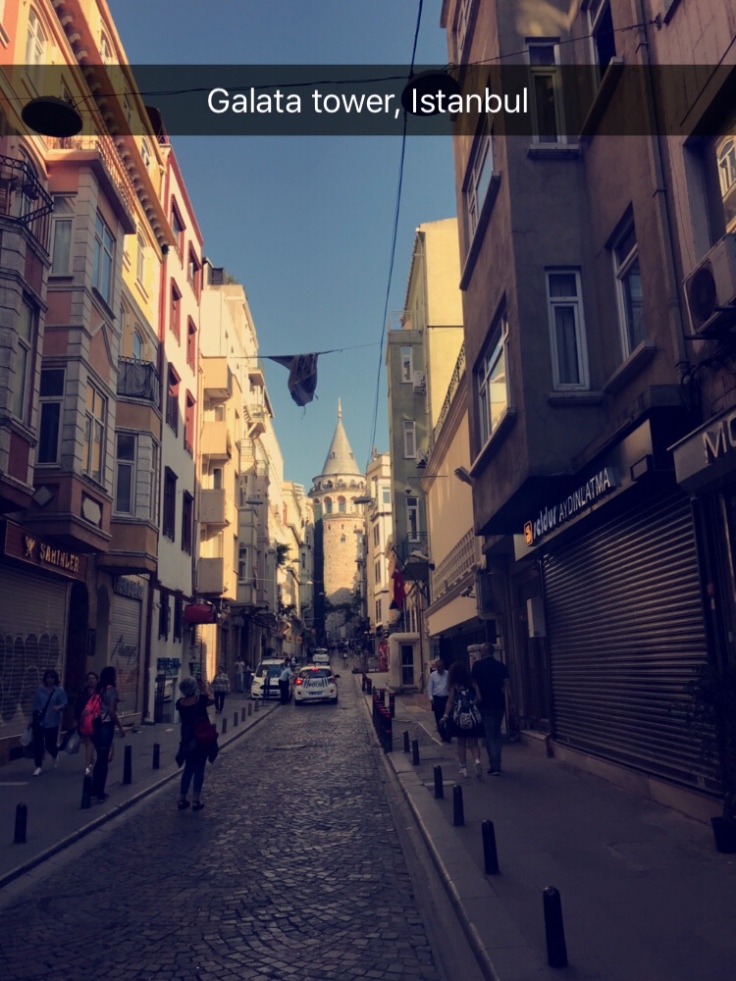 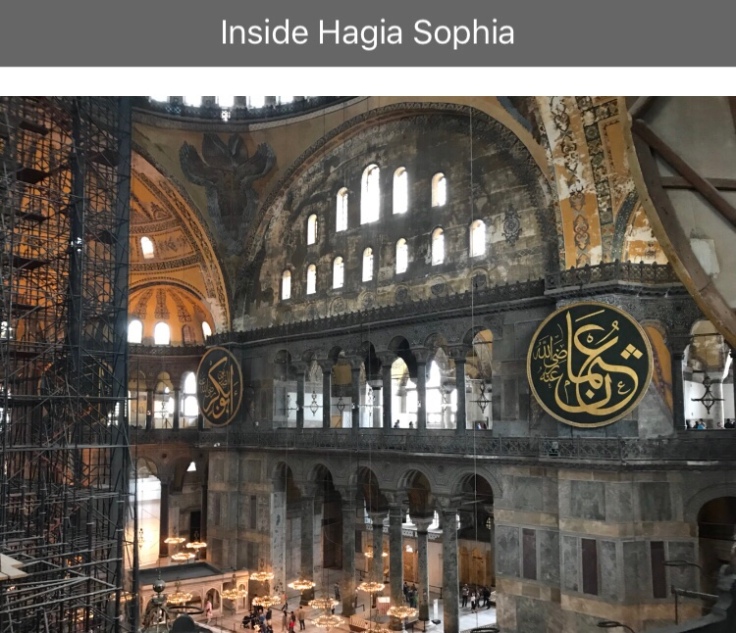 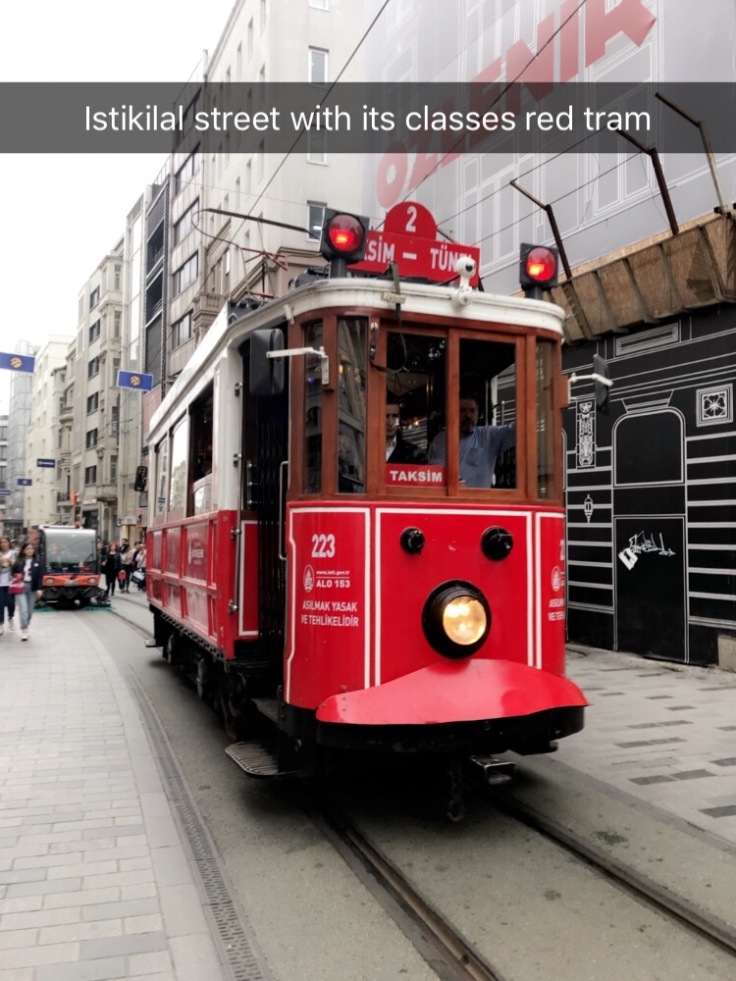